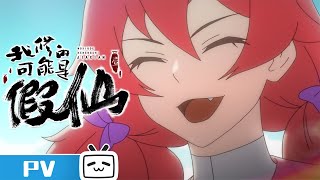 An Lin, an ordinary young man in the city, encounters a powerful practitioner, who gives him a set of God of War system and sends him to the spiritual world to practice. When he first arrived in the spiritual world, An Lin, who had average aptitude, was humiliated as "the strongest relationship household". In order to wash away the stigma, the optimistic An Lin improved his cultivation skills with the help of the system. With several outstanding performances, he made a group of close friends and embarked on the road of counterattack.