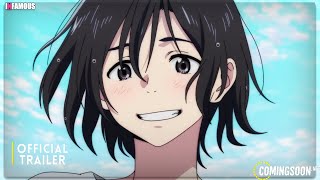 On a sleepy island, aspiring novelist Shun Hashimoto lives out each passing day in the same dreamlike haze, having broken off ties with his family for being gay. He now soaks in the scorching heat and picturesque ocean view, but one day, a lone figure on the beach catches his interest. Mio Chibana is a recently bereaved orphan who spends his free time gazing into the endless expanse of sea. The unlikely pair begin to forge a bond, but before they know it, Mio must leave to study in the city.

As Mio boards the ferry, he promises to call and asks only one thing of Shun: to wait for him. Three years later with no call, Mio returns, declaring his romantic feelings for Shun—but why is Shun so hesitant?