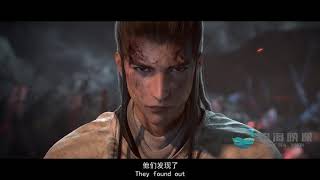 In the year 2060, to solve various supernatural crises, the world organization selects elite agents from around the world to form crisis bureaus. Dangerous Situations forces to select elites from the elite to form an army of Aces, named Phantom. Three years ago, during the task of searching for treasure, due to the gullible captain, Hyway, the Phantom Army was attacked by Derek's Army, and almost all of them were killed in the operation. Hyway himself is pushed by Derek and falls into a cliff. However, the Immortal Stone treasure, accidentally entered into Hyway's body that brought him back from the dead, acquired the ability to control time, and possessed superpowers such as static time and time reversal. Our protagonist has been living as a fugitive ever since. Hyway doesn't want to face the past, chooses to remain anonymous, live a simple life, and keep the war going.