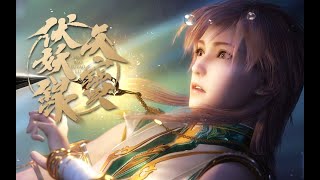 In the twelve years of Tianbao, Kong Hongjun, a handsome young man who is not familiar with the world, left Yaojin Castle in Mt. Taihang with three important tasks and came to Chang'an, singing and dancing. Kong Hongjun first entered the Exorsist Da Tang Division, and the chief supervisor was actually general Long Wujun, Li Jinglong who had handled it shortly. But he accidentally broke Chen's heart lamps, and the heart lights entered Li Jinglong's body. In light and shadow lights, there is a bright red light from the Pingkangli, the expulsion of demons in the summer sun, the vast skies and sands and the snow flying, the peaceful singing of Artai, Mo Zhigen and Lu Xu taking off. Leaves early in the morning, Qiu Yongsi fly blow. Legend of Exorcism (Tian Bao Fuyao Lu)