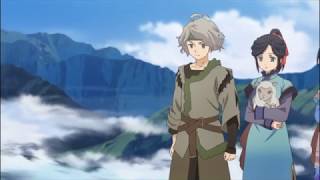 Yin and Ning are two sisters who have been wandering the land together ever since their village was destroyed by the villainous Taibai Empire. Their childhood friend, Zhao, has been enslaved by the Taibai himself, and uses his brilliance at tinkering and inventing to get by as a slave to the Empire's whims. One day, Yin accidentally discovers a legendary sword, which grants her fantastic abilities in combat, and allows her to summon a mystical, mechanical fox spirit named Yun, who is sworn to fight by her side. Meanwhile, Zhao is making fast friends with a mysterious young girl who just may hold a great amount of power within the Taibai Empire. As Zhao and the Fu sisters find themselves increasingly caught up in the Empire's battle for supremacy over the land, it will take all of the magic and might that the budding resistance armies can muster to turn the tide of war once and for all.