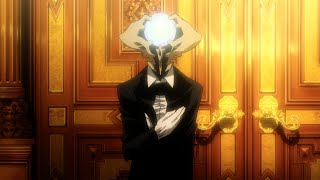 The Winter 2016 issue of Jump SQ.Crown magazine (pictured), which will go on sale on January 22, has announced that Yasuhiro Nightow's supernatural action manga Kekkai Sensen (Blood Blockade Battlefront) will receive an OVA episode.

The episode, titled "Ousama no Restaurant no Ousama," will be released on June 3, 2016, with the Kekkai Sensen guide book titled Blood Blockade Battlefront Binge Bible. It adapts a story from the eighth volume of the manga. Rie Matsumoto returns to direct the episode, which will be animated by studio Bones. It has an estimated running time of 25 minutes.