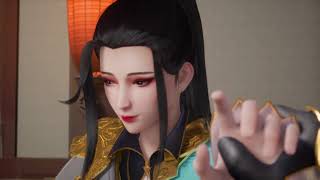 On vast Chinese soil, the gods responsible for the laws of heaven and earth died and lost their legal boundaries. The forces of darkness will move, trying to subvert the entire land. Ning Chen is a regular guard at Canglan Palace. He gained the power of accidentally swallowing spirits and increased his cultivation rate. At first, he was able to keep up with this. However, the crisis began to fall asleep. First, the royal cronies betray each other. The imperial leaders turned to each other. In the face of many difficulties, Ning Chen adhered to the principle of doing things as much as his abilities and responsibilities, boldly elevating the leaders, and facing difficulties along with Hua Wanyue's daughter and others, and resolving one crisis after another. However, the dangerous and interconnected scheme of the enemy, Ning Chen and others gradually discovered that there was a larger conspiracy waiting for them to be removed