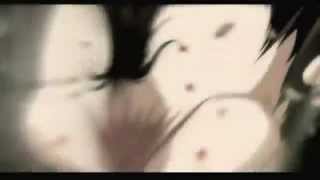 Kouga and Iga were ninja clans that had been fighting for 400 years. Gennosuke of Kouga and Oboro of Iga, loved each other and promised to break down the cursed bond of conversion. However, they were destined to kill each other.
It was Keichou Era 19 (A.D. 1614), 73-year-old Ieyasu was wondering which of the brothers he should choose as a successor, Takechiyo or Kunichiyo. Takechiyo was the elder but he was stupid, while his younger brother Kunichiyo was clever. In order to choose the successor, Ieyasu decided to make Kouga and Iga fight against each other. Both clans would choose ten best ninja to fight. If Kouga ninja survive, Kunichiyo would succeed to Shogun. On the hand, Takechiyo would become the next Shogun if Iga ninja win. Because Hattori Hanzou the first made them achieve a truce, they hadn't had an apparent fight for years. Therefore, when the truce was broken, they went for fights as if they were unleashed hound dogs. The only weapon they use were their own bodies. They had special abilities that men could hardly imagine.
Now that, the battles of twenty ninja including old, young, men, and women began. They made most of their special abilities to fight. During the harsh battles, they were killed one by one. Which would win, Kouga or Iga? Who in the world would survive? Then, what would become of the love of Gennosuke and Oboro, who were separated by the battle.