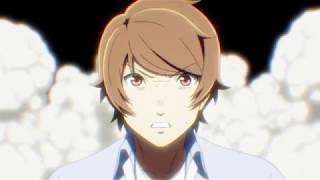 One day, Haruto wakes up on a round bed in a strange room, with the only familiar things around being his smartphone and headphones. After encountering a strange girl in white named Lily who claims to be his sister and a man who looks like a cat, Haruto learns that he is in a dream belonging to Yuko, a girl stricken with Sleeping Beauty Syndrome. Yuko is the Witch of Thunder, an all-powerful woman who makes the dream world bow before her to ensure she's known the strongest, the best, and the most fun person around. Haruto's sister tells him that he must wake Yuko up by killing her in the dream in order to break the “spell” she's under, but Haruto's got some other ideas about what might be keeping Yuko asleep.